Since 1998, we have been able to organize reunions for all progeria families in Europe:


In 2013 parents and children attended a meeting in Marseille with medical specialists and researchers at INSERM.

In 2014 our families were invited to Istanbul by ÖZEV, the Turkish Education and Solidarity Foundation for Disabled Persons.

In January 2015, parents attended the presentation of a new therapy for children with Progeria in Marseille. It was the first French-Italian meeting on laminopathies and other nuclear envelope-related diseases.

The first meeting in the Netherlands: Magical Events
Thanks to the support of many volunteers and sponsors, fifteen Progeria families from all over Europe could meet each other in the Netherlands among the fairies, magicians and knights of the Efteling theme park. The fare-well party was celebrated in an old castle, where parents and children danced abundantly and enjoyed a fairy tale buffet. The previous days the children had practiced: they performed in a spectacular theatre show for all parents and guests.
In 1997, the first television program on the topic of Progeria was broadcasted in Europe, with an appeal to the viewers for a gift. This TV program led to considerable response from people in Germany, Austria and Switzerland. It enabled us to realise our dream: in October 1998 the first Progeria Family meeting in Europe took place. 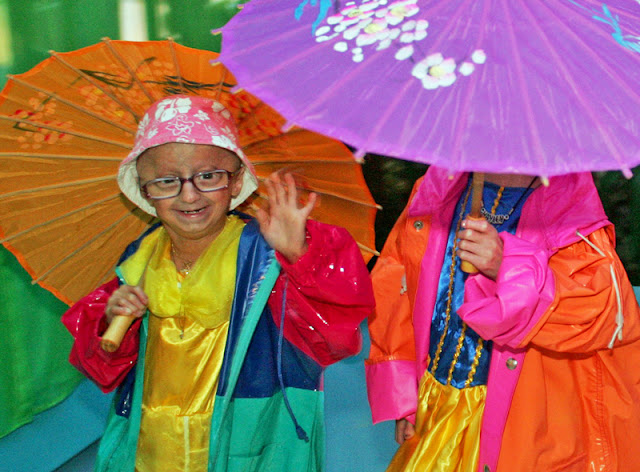 At reunions, the parents also receive information. Doctors, therapists and researchers give specific information and answer questions. Parents exchange experiences, they can share emotional and practical aspects connected to their difficult task.


Our guests in the past years came from the Netherlands, England, Germany, Italy, Switzerland, Austria, France, Denmark, Sweden, Poland, Algeria, Russia, Yugoslavia, Portugal and Turkey.
The reunions have proved to be extremely important in the life of progeria children.

The annual reunion is always a joyful, but also an emotional event. At the end of a week there are also tears, because nobody knows if we will be able to meet again next year..

Although we lost several children during these years, the number of participating families has grown.