Spanish study may lead to better therapies for cancer and progeria 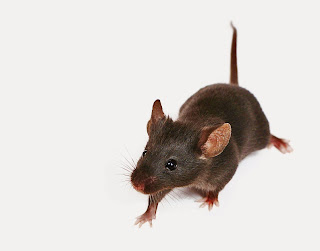 Premature aging diseases provide ‘models’ through which many hope to gain insight into the human aging mechanism. They provide an effective model for analyzing the body’s maturation process. The observation in mice of the effects of Prelamin A, the protein that causes progeria, has shed some light in the complex connection taking place between the ageing processes and cancer, since these are closely related. Several years of collaboration between the Institute of Molecular and Oncological Medicine of Asturias (Imoma) and the University of Oviedo has lead to new findings. The spanish scientists discovered that the protein Prelamin A, that speeds up ageing, may slow cancer.

In order to carry out their research, the Spanish scientists have used mosaic mice, genetically modified, to keep 50% of cells with Prelamin A in their tissues during their whole life. The study showed that the Prelamin A causes progeria through cell-extrinsic mechanisms, but also prevents cancer. Suprisingly, these mosaic mice are completely healthy and do not show progeria in spite of having the ageing protein in half of their cells. They live as long as normal mice. This suggests that in order to treat fast ageing it would not only be necessary to fix defects from the affected patient’s cells.

The study made two important discoveries. Firstly that the mosaics are totally healthy, showing none of the alterations that the mice with progeria caused by prelamin A have. Secondly, although the mosaics develop the same number of tumours as normal mice, they have far fewer malignant tumours (those capable of breaking down the barriers that confine them and invading the surrounding tissue).

Carlos López-Otín, one of the researchers, remarked that the achieved results are very encouraging from the scientific point of view, although the development and application of therapies need to be carefully stated.

José María Pérez Freije, of the University of Oviedo, noted that 'these results invite hope for treating patients with rapid ageing, as they suggest that it is not necessary to correct defects in all cells, but probably only in some of them'. Rubén Cabanillas, of IMOMA said: 'by inducing prelamina A production in cells obtained from human malignant tumours, we observed that their invasive capacity is drastically reduced'.

The finding that the protein that causes fast ageing, Prelamin A, is capable of halting the advancement of malignant tumors, may allow the development and application of new therapies to fight cancer as well as progeria.
Posted by Marjet Stamsnijder at 2:21 AM No comments:

In this documentary three members of the progeria family circle 'dreamteam' explain why they help to bring the progeria children and their families together.

Posted by Marjet Stamsnijder at 1:52 AM No comments: