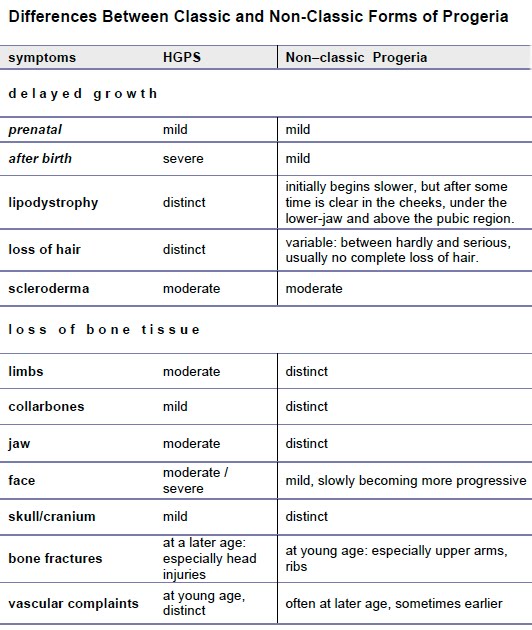 The nature and the severity of the symptoms vary. At young age a tight skin may give the child much discomfort.

There is a small number of children that show symptoms of Progeria already at birth.

The most important symptoms: low birth weight, absence of subcutaneous fat, very little hair, bone loss in toe- and finger segments, non-closure of the cranial sutures (visible as wide sutures and enlarged fontanelles), a narrow face with slightly bulging eyes and small chin, bone loss at the extremities of the collarbones. Less conspicuous features are: small nipples, absence of earlobes, small, wide nails, prominent joints, noticeably large veins on the head and a hardened, thin skin (scleroderma). All these features can be visible at birth with congenital Progeria. It is probable that there is a special cause for the malfunctioning lamin A in these children, but to date, that has not been studied.